You might have reasonably expected to have some kind of clue about the results of the US presidential election by now.

Okay, so who is going to be the next president?

We still don't know, because not enough votes have been counted for either Donald Trump or Joe Biden to have secured victory.

We're into our second day of counting. The huge number of postal votes cast during this pandemic election and different states' laws about how to count them, meant this always was going to take longer if the result was close.

Yes, but that's not what decides who gets to be president.

Instead, a candidate has to win the majority in a system called the electoral college, where each state gets a certain number of votes or "electors" roughly in proportion to its population. If you win a state, you win all its votes (except Nebraska and Maine, but that's complicated). There are 538 state votes and the person who gets 270 wins the prize.

But why is it taking so long?

This is partly down to how individual states are counting and the order in which they count different types of votes (for example postal votes). Let's break it down to what's happening in some of the battlegrounds:

Arizona (11 votes): Joe Biden has a narrowing lead with about 500,000 votes still to be counted, local media report. More than half of those are from Maricopa County, home to 60% of the state's population - it will post more results at 7pm local time.

Nevada (6 votes): Mr Biden has a very narrow lead. The state government posted FAQs saying counting is going at the expected pace, a timeline set by Nevada law. Postal votes haven't yet been counted, and updates will come in during the morning, with unofficial results here.

Georgia (16 votes): Mr Trump has a very narrow lead over Mr Biden in Georgia, where there were just under 99,999 ballots left to count on Wednesday and counting went on through the night;

Wisconsin (10) and Michigan (16): The BBC projects that Mr Biden will win Michigan and US media have projected him to win in Wisconsin, where he leads by less than 1% of the vote.

Why does it have to be so hard?

Unlike other nations, there's no one body or election commission that oversees elections in the US. Each state makes its own laws and systems for counting votes.

So it is just maths?

If Mr Biden gets Nevada, Arizona and Wisconsin in addition to Michigan, he gets his 270 votes. Mr Trump will need Pennsylvania's votes and to win three states out of Georgia, North Carolina, Nevada or Arizona. But Mr Trump has launched legal and other challenges such as:

With the exception of Pennsylvania, where the Supreme Court previously hinted it could revisit rules, analysts suggest most of these concern small numbers of ballots that might not make a difference in the end.

But really, it's not just maths

It now looks like polling data going into this week didn't tell us the whole story about the American public. Many observers didn't realise the race would be so tight.

Robert Cuffe, the BBC's head of statistics, says it's still too early to say whether this election has been a pollster's nightmare. Final national polls showed Mr Biden leading Mr Trump by about eight points. In battleground states Mr Biden also polled in the lead, but by a much slimmer margin.

image captionTrump supporters celebrate in Florida, where the president clinched a critical win

Some experts suspect there's a part of the American public which won't even participate in polls because they don't trust institutions - they're more likely to vote for Mr Trump.

Voter priorities may have also been slightly misjudged. While the coronavirus pandemic has dominated headlines, a survey conducted by Edison Research found that more voters (one third) listed the economy as their key issue - it was a core Trump message.

Mr Trump's vote also looks a little bit more diverse than many might have assumed.

The story in one line?

Donald Trump is doing better than expected and Joe Biden has failed to win those battleground states which count votes quickly, which means more uncertainty as we wait for a few key states.

There were other election stories too...

A man who died of coronavirus in October has been elected to the North Dakota state legislatureSarah McBride is set to become the first transgender state senator in the US after winning her race in Delaware. "I hope tonight shows an LGBTQ kid that our democracy is big enough for them, too," she wrote on Twitter after her win. For marijuana users, last night was a clean sweep. State ballot measures in Arizona, Montana, New Jersey and South Dakota all approved recreational marijuana legalisation, and all by roomy margins. Looking for some good news? The US is already on course for the highest electoral turnout in a century.
Read Entire Article 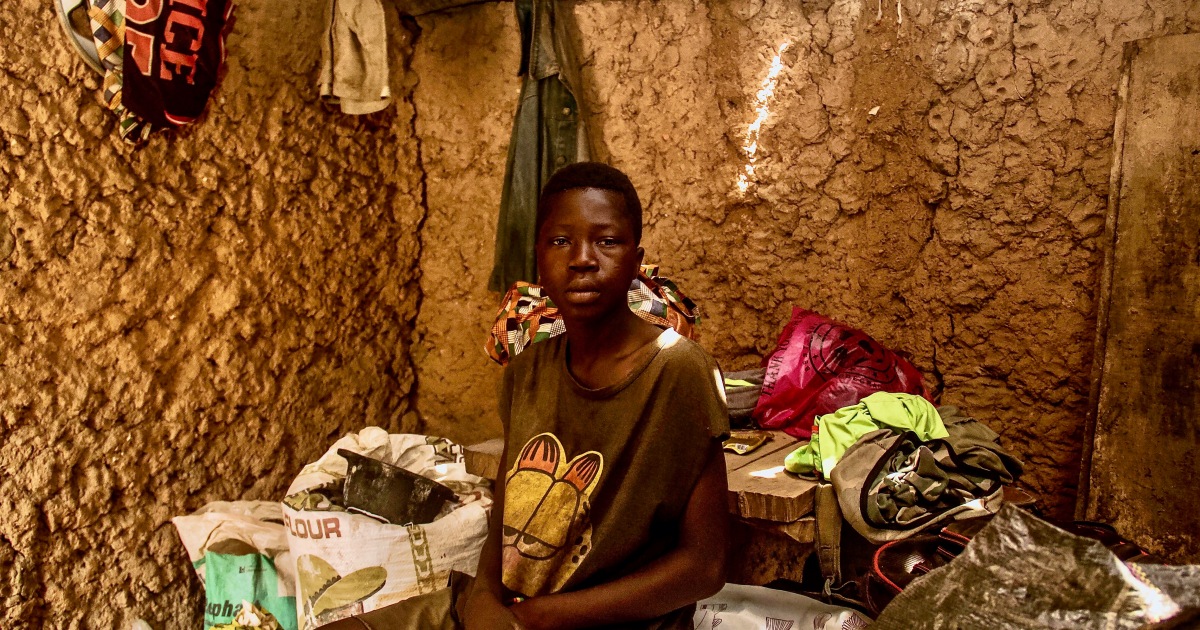 From Ghana to Nigeria: Little pieces of home